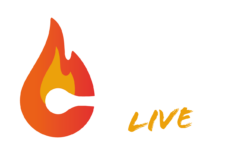 That guy who is always just a bit too quick with a bit of banter,

That guy who loves to embarrass us in front of others,

That guy who never has anything nice to say and always runs us down.

We all know “that guy,” we all have someone like that in our friendship group, they’re a friend but, if we’re honest, they make us a bit miserable and drag us down a bit. It’s difficult to say something about “that guy” because they’re our friend, we love them, we just wish they’d treat us a bit better.

Our friendships are supposed to be the places where we should be loved, supported and encouraged. But when it comes to “that guy,” our friendship with them can end up becoming damaging because we end up internalising a lot of the nasty and messed up stuff that's spoken over us by “that guy.”

All of us have “that guy” in our lives, and most of us have been “that guy” to someone in our lives. And that needs to stop because it is hurting us, we often can’t help internalising that negative message. The reality is that men’s mental health is on the decline, 3 times as many men than women die by suicide, it’s the biggest killer of men under 35. In England, nearly 1 in 8 men has a mental health problem and yet men access help for these issues a lot less. Its the laziest and yet most socially acceptable thing in the world to lay this at the feet of men, blame "toxic masculinity" or some other vague concept and move on. But maybe more is needed than apportioning blame, stereotypes and virtue signalling?

So when it comes to our friendships, why are we allowing “that guy” to have an impact on our mental health?

"That Guy" and Mental Health

What do we do about “that guy?”

Stieg Larsson, the author of “the girl with the dragon tattoo,” once said “friendship is built on two things, respect and trust.” The healthy friendships we have have mutual respect as a foundation. You respect someone and they respect you and, as a result, the behaviours that negatively impact our mental health are rare or absent completely. But sometimes, that respect is missing, and what can start as banter or the odd snarky comment can sometimes turn into something far worse, a friendship or relationship that becomes utterly toxic and, if we let it go on too long, we internalise it and it can have a huge impact on our mental health.

Many of the men I’ve worked with have identified toxic friendships as one of the biggest contributing factors to their anxiety and depression, and one of the hallmarks of those friendships is always that the people in them feel disrespected. Research by the writer Shaunti Feldhan indicated that, to most men, feeling respected is more important than feeling loved, so when that is missing from our relationships, it can cause a significant wound on the heart of a man. Many of the men in these friendships feel powerless to say or do anything, lest they be perceived as being weak or soft. Many more silently take in the disrespect and toxicity in those relationships and it chips away at who they are. With many of the men I have worked with, the end result of these friendships is an erosion of their passion, their joy and their very sense of identity.

But believe it or not, you have a choice when it comes to these relationships and dealing with “that guy.”

You have a choice when it comes to respect

In the Bible, in Proverbs 27:17, it says “iron sharpens iron, so one person sharpens another.” People make you better or they mess you up. Everyone we meet has an impact on us. Some people make us the best version of ourselves, they support, encourage and challenge us. But when respect is taken out of a friendship, because it’s so important, then the people around us can tear us down and when that goes on for a long time, it can rob us of our confidence, passion and drive.

So how do you deal with “that guy?”

As for “that guy,” well, the truth is, we can’t control what “that guy” says or does. We can only respond how we react to it. And eventually, we need to ask ourselves, if someone is bringing us down, do we really need them in our lives? Do we need that friendship, or is it healthiest to let these things go?

At a time when our lives have become increasingly isolated, many of the men I have worked with have told me they are breathing a sigh of relief because they have had some respite from those toxic friendships. But what happens when the pandemic ends? Does that mean you have to go back into those friendships and keep taking the same disrespect? To keep being dragged down? I think, in all honesty, it’s sometimes it is healthiest to let those friendships and relationships go, and now seems like as good a time as any to look around and see what impact our friendships and relationships have on us.

If you decide to walk away from a toxic friendship, it’s important you realise two things. Firstly, that you aren’t a bad person for doing it. You can want the best for them and wish them well and still walk away. And secondly, they might not necessarily be a bad person either. Just because the dynamic between you and them was toxic doesn’t necessarily mean they’re damaging  others is as well.

Sometimes, there are particular friendships in our life that cause us more sadness and pain than they do fun and enjoyment. When respect is missing from our friendships, they can wound us deeply. And sometimes, it is ok to walk away, to close the door on that friendship and protect yourself and your mental health.

You need to realise you have the strength to make that decision.

Your first responsibility is to yourself.

Surround yourself with people who will build you up.

Remove the friendships that tear you down.

Next Article
Email the author